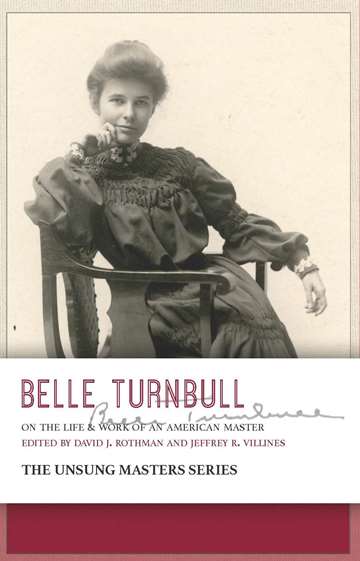 Since 2009, The Unsung Masters Series has presented accomplished writers who deserve greater attention. In this, the eighth book in the series, the featured writer is Belle Turnbull (1881-1970), the first important poet to live in and write about the mountains and high mining towns of the Colorado Rockies. Well-known during her life but long out of print, Turnbull’s lyrics of sublime alpine wilderness and her narratives about the harsh and dangerous world of hard rock mining offer us a profoundly original vision of the American west that transcends the region.

“This book restores to Westerners a treasure we were foolish to misplace. In poems that are as consoling as they are unsettling, Belle Turnbull extracted and refined the meanings of mountains, miners, memory, and mortality. Now, nearly fifty years after her death, a team of gifted writers—serving as Turnbull’s latter-day friends in high places—joins together to rescue her work from our inattention, and return us to her company. “

—Patty Limerick, Faculty Director of The Center of the American West, University of Colorado, Boulder

“In Belle Turnbull’s poetry, sophisticated poetic technique, the grit of speculative mining, and nature that threatens as it awes all fuse into an alloy of great power. Her work, neglected for decades, brings to life the invasion of rural Colorado by American culture. In this volume, a generous selection of her writing along with analysis by contemporary poets and critics endow Turnbull’s achievement with its long-deserved place in American poetry.”

—Bruce Berger, author of The Telling Distance: Conversations with the American Desert

“Belle Turnbull is a genuine Colorado literary treasure, and kudos to Pleaides Press and the editors of this volume for bringing her memory back into our modern consciousness. She is a poet we need to know, and this collection demonstrates why.”

—Art Goodtimes, author of As If the World Really Mattered

“To discover Belle Turnbull is to discover Colorado from the inside out. Here we have a deeply original poet braving the elements, choosing a life of wilderness and hardship, giving voice to the invisible streams, rugged peaks, and high country characters of the early 20th century.”